skip to main | skip to sidebar

The fourth Iberian Lynx seminar will take place in Cordoba, Spain, at Rabanales University on November 10th and 11th. Those interested in attending the seminar should register here. More information about the seminar is available in English here.
Posted by Dan Ward at 3:06 PM No comments:

The latest edition of our regular newsletter, LynxBrief, is now available online HERE. If you have any questions or comments about the newsletter, please email them to: news@soslynx.org
Posted by Dan Ward at 6:03 AM 2 comments:

Photos of most wild Iberian Lynx

The Andalucian Regional Government, along with its partners in the Lynx LIFE programme, has recently released photos from the 2009 phototrapping campaign, which show over 90% of known wild Iberian Lynx.

These photos have been catalogued in a PDF file, available online here, and show lynx visiting the many camera traps set by the LIFE lynx programme each year. Each lynx is identified by its unique coat pattern. Happy Viewing!
Posted by Dan Ward at 8:21 AM No comments: 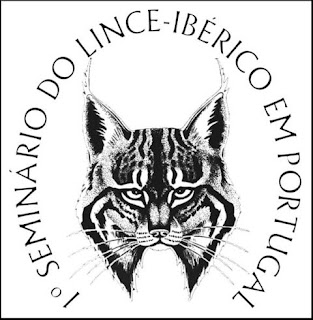 In this, the International Year for Biodiversity, LPN (Liga para a Protecção da Natureza) has organized the first seminar on the Iberian Lynx in Portugal.

It will take place on the 28th and 29th of October in the University of Faro, Algarve (see location here).

For more details, see: 1.º Seminário do Lince-ibérico em Portugal (Portuguese and Spanish)
Posted by Dan Ward at 7:53 AM No comments:

The latest edition of the regular newsletter LynxBrief is now available on-line at: CLICK HERE

This edition includes news about the first lynx reintroductions in Andalucia and recent volunteer weeks organised by Ecologistas en Accion in Andalucia.

The first Iberian Lynx has been transferred to the new captive breeding programme at Silves in the Algarve region of southern Portugal. Moreover, a further 15 more lynx are planned to be transferred to Silves from breeding centres in Spain during November. The Silves centre is the first Iberian Lynx breeding centre to be opened outside of Andalucia in southern Spain, and this first lynx represents the first confirmed presence of the species in the country for a number of years, albeit in captivity. SOS Lynx thus welcomes this development and looks forward to more future progress in captive breeding in the future.

Individual Iberian Lynx may still survive in the wild in Portugal, either as remnants of past populations, or crossing over from known wild populations in southern Spain. However, the long term recovery of the species in Portugal will likely require captive breeding and reintroductions, along with habitat conservation, reductions in predator persecution and the recovery of wild rabbit populations.

Lynx bred and raised in captivity in Portugal will form part of the unified management of the Iberian Lynx captive breeding programme, across the Iberian Peninsula. Lynx in Silves could thus be reintroduced in either Spain or Portugal, depending upon progress made with preparing adequate reintroduction areas in each country. This, in turn, will require identifying and preparing areas with adequate prey and habitat, and a supportive local human population.

For more info, please see the website of ICNB (in Portuguese).
Posted by Dan Ward at 9:38 AM 2 comments:

A new captive breeding centre for Iberian Lynx was officially opened on Friday 22 May at Silves in southern Portugal, the first such centre to be completed outside of Andalucia, Spain.

The new centre will form part of a network of lynx breeding centres, including three existing centres in Andalucia (at El Acebuche in Doñana, Zoo Jerez and La Olivilla in Jaen Province), and further planned Spanish centres in Andalucia, Castilla-La Mancha and Extremadura. The work of these centres is being coordinated by a multi-lateral commission involving various Spanish regional governments, as well as the environment ministries of both Spain and Portugal.

The new centre at Silves is being funded by Águas do Algarve as part of a series of compensation measures stipulated by the European Union for the construction of the controversial Odelouca dam. Other measures will include habitat and rabbit recovery projects in southern Portugal.

To date, the Iberian Lynx captive breeding programme has been very successful, with the current captive population exceeding 60 individuals, and thus ready for supplying animals for reintroduction into the wild (initially in Andalucia), as well as for founding new breeding centres.

The new centre at Silves will hopefully soon receive its first lynx, and has capacity for up to 32 individuals in 14 large cages constantly monitored by video cameras and dedicated staff.
Posted by Dan Ward at 8:41 AM 1 comment: 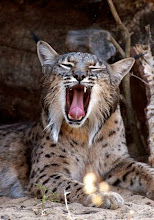 You can support SOS Lynx

SOS Lynx is a non-profit organisation created in 2000, dedicated to the conservation of the Iberian Lynx and associated predators, prey and habitat. The organisation works mainly through education, research and campaigning, in Portugal, Spain and at the international level.

For more photos, videos and information about the Iberian Lynx, and to learn more about or to support the work of SOS Lynx, please visit our website at: www.soslynx.org 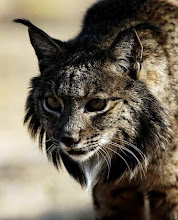 Ecologistas en Acción – Andalucía is a federation of ecological groups that works to conserve the Iberian Lynx and the natural environment in general, and promotes peace and solidarity. Ecologistas en Acción is not necessarily identified with all the contents of this blog. You can contact the organisation by email at: andalucia@ecologistasenaccion.org